For two years, the estbà, the Cadillac Hospital Center and Massala have been developing a joint project through theatrical and musical practice workshops, informal exchanges, a restitution and a documentary film. A new experience for each institution and person in the project. The workshops were built like beating a path forward together, with the young patients of the psychiatric day hospital, La Rivière Bleue in Bègles, and the students of the 5th year of the estbà, towards a work in progress and the two public restitutions at the end of January 2022 at the TnBA.

To accompany this creative process and discovery of the other, there was the desire for a film Fucking rabbit! produced by Massala and directed by Catherine Ulmer Lopez, neither in parallel nor in immersion: a documentary that follows this adventure while feeding it, with its own choices. 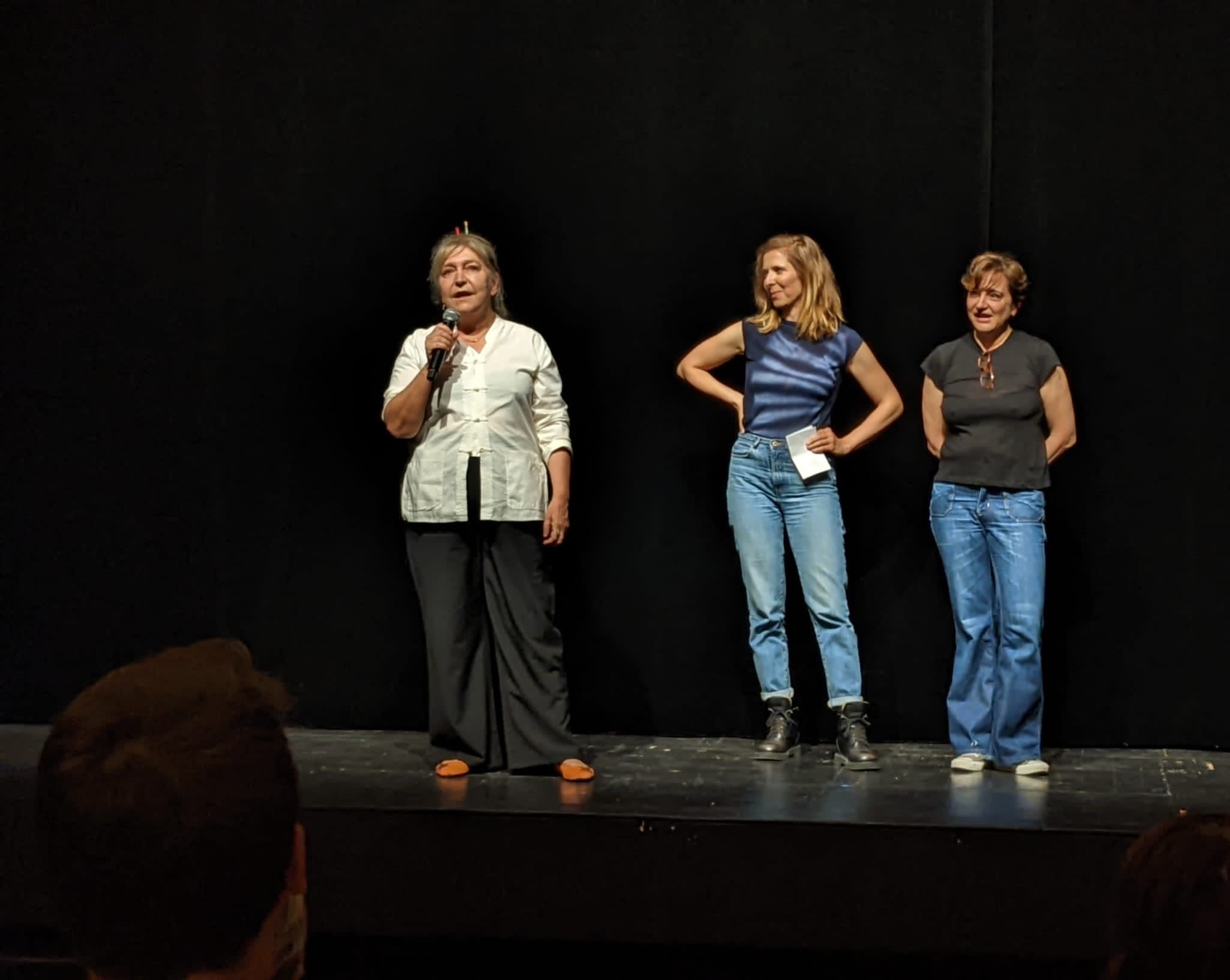 IN THE NAME OF THE LAW, I RELEASE YOU : Upcoming screenings

After the TV broadcast and theatrical screenings in 2021 in Besançon and Bordeaux, new public screenings followed by debates will take place in 2022…

On Monday, September 26, 2022 the screening of Camopi One took place at the Utopia in Bordeaux, the screening was followed by a discussion with the director Laure Subreville and Jean-Michel Beaudet, anthropologist of music and dance.

PRESS : IN THE NAME OF THE LAW, I RELEASE YOU

Following the screening of the film Camopi One at the Festival les révoltés de l’histoire in Cayenne, other screenings took place in France such as in Toulouse and Bordeaux.

PRESS : THE WITCH AND THE MARTIAN

On Friday, December 17, the screening of “The Witch and the Martian” took place in Floirac, the town where the film is set.

FESTIVAL: THE WITCH AND THE MARTIAN AT FIFIB 2022

On Sunday, October 16 the screening of “The Witch and the Martian” took place at the UGC Ciné Cité during the FIFIB.

After the first screening of the film at the TNBA on June 11, Catherine Ulmer Lopez’s documentary Putain de lapin! was screened at the Cinéma Lux in Cadillac on June 30, 2022…